One of the Largest Institutions for Higher Quality Education in Hungary

With a student body of over 30 thousand, the University of Debrecen is one of the largest institutions that impart high-quality education in Hungary. The university has become an intellectual center in Eastern Hungary owing to the cooperation of fourteen faculties that promises a multidisciplinary background. This has put the university at the forefront in the region as an education and research institution. The university was awarded the Higher Education Qualification Prize during 2007 which is awarded to the noted higher education institutions located in Hungary.

The past of the University of Debrecen can be traced back to the year 1538 with the establishment of the Reformed College of Debrecen. It was only during 1987 that international programs were made available to the students. All international programs are taught in English. There are over 28,000 students studying at the University, of which 4,300 are international students. The international students come from countries from foremost regions of the world including North America, Africa, Asia, the Middle East and Europe. The university has more than 1800 teaching staff who aim to provide a superior education in 23 doctoral schools and 14 faculties. The widest choices of majors are offered by the University of Debrecen in the country.

The university has been split across a range of fields including science, arts, medicine and theology, all of which have been unified under the same organization. The university houses a massive library which has been categorized as the national library in Hungary. It houses over six million books. The main university of the institution is one of the largest in Debrecen and has been constructed in neo-Baroque style. It is only the recent buildings that reflect modern architecture aesthetics.

The University of Debrecen has a strong international appeal. It has a medicine campus set-up in Geochang County of South Korea which has been in operation since 2006. The director of World Health Organization, Zsuzsanna Jakab and the social realist Zsigmond Moricz are the notable alumni of the University. No less than five graduates from the university have received technical Academy Awards.

The teaching programs are run by a highly qualified academic staff of the university. The professors, associate professors, and assistant professors need to possess a Ph.D. or any other higher degree. Several instructors at the university have held doctoral fellowships from the top research universities in the USA or the EU.

UNL, the University and National Library of Debrecen was established during 2001 owing to the merger of the predecessor institutions of the university. There are seven research libraries in the university and UNL is present on each of the campuses. Access to more than 2,700,000 data sources is offered to the students of UNL in addition to 100,000 music scores, 27,000 digital periodicals, bound periodicals, cartographic materials and digital images. Wi-Fi access is offered across the entire campus including the libraries. Students can be a part of a number of extracurricular activities. The student clubs are equipped with facilities that can easily be accessed by the students.

Debrecen has been awarded 11.3 million EUR by the Ministry of Education in Hungary. It was credited with the honor of being the top three institutions in Hungary in terms of research activities. 15 percent of the research work of the country is carried out at the University of Debrecen. The university has been divided into 7 innovative research teams, 21 doctoral schools, and 12 academic research groups. Environmental science, health, medicine, molecular medicine, and pharmacy are the areas of research priority in the university. 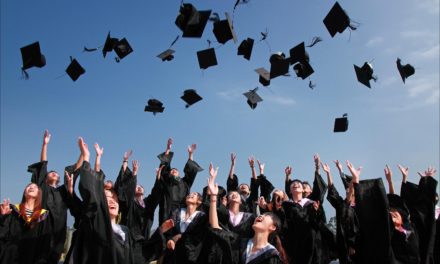 University Of Debrecen: Offering a Plethora of Programs